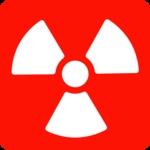 Healthcare facilities employ radioactive materials in both diagnostic (in vitro analysis of tissue and imaging) and treatment procedures. Radioactive waste can come in many forms: medical equipment contaminated with trace amounts of certain isotopes, clothing, biological material (pathological waste), and the radiation source for radiation therapy (e.g. a cobalt block). When radioactive materials are placed inside patient bodies - for instance iodine to treat a diseased thyroid gland or iridium pellets to destroy prostate tumors - body parts and fluids can become radioactive pathological waste. Radioimmunoassay is a technique for finding levels of biochemicals inside the body by injecting radioactive antigens into the bloodstream. This likewise results in radioactive pathological waste. Packaging material, washing fluids, and paper wipes may be radioactive wastes.

To best manage radioactive waste the manager should understand where the waste comes from and the nature of the radioactive isotopes, including half-lives and type of radiation.

Radioactive substances are genotoxic. The good news is that many radioactive materials used inside the body have very short half lives. Doctors choose fast-decaying isotopes partly to avoid side effects - so residual radiation will not harm healthy tissue. This means waste containing those isotopes tends to lose its radioactivity quickly, reducing storage and disposal risks. However, every case and application of radioactive materials must be evaluated to determine the best storage and disposal solution. Brachytherapy (sealed source radiotherapy) pellets, for instance, are made of materials with relatively long half-lifes. Common brachytherapy isotopes are iodine-125 (half-life of 60 days), palladium-103 (17 days), and iridium-192 (74 days.) The cobalt isotope (cobalt-60) used in radiation therapy for cancer patients has a long half-life of over 5 years; it tends to be the single most problematic radiation source in a hospital.

Medical waste managers distinguish between unsealed (or open) sources and sealed radiation sources. Radioactive materials in sealed containers usually come to the hospital that way from the manufacturer, and the purchase contract may allow the hospital to return the unit to the seller when finished. This makes life easier for the waste manager, but even so sealed sources must be carefully managed so they don’t hurt anyone.

Cobalt is a high-intensity gamma-ray emitter, with stronger photon energies than those from other radioactive materials used in healthcare. Cobalt is not used for diagnosis, only for therapy, and it is not put into a patient’s body. Instaed, it is the main fuel in a linear accelerator that generates a radiation beam for radiation treatment. External Beam radiotherapy (EBRT), aka teletherapy, is the use of gamma ray beams to treat cancer. Cobalt-60 doesn’t occur in nature; it is made in a nuclear reactor and has a half-life of 5.271 years. Once a unit is charged with cobalt, the cobalt and its decay products don’t have to be removed often. When it is removed this is some of the most serious rad waste the waste manager encounters in a hospital. Cobalt is sometimes used to sterilize equipment.

Describing the quantities of radioactive waste.

When we talk about quantities of waste, we most often express the quantities in terms of weight or mass (e.g. lb, kg, tons). In some cases we express it as a volume. Radioactive waste is described in these terms, but also in terms of how radioactive it is. either as mass or volume (as most waste is reported) or total radiation given off by the waste. The traditional unit of radioactivity is the Curie, although the newer S.I. unit is the becquerel. A Curie (abbreviated Ci) is 3.7 x 1010 decays per second. This comes from a simple count of atom decay rate. The metric unit for radioactivity is the becquerel (Bq) which is defined as atom decays per second. Becquerels are quite small, and one Curie is 37 billion becquerels. One becquerel is 27 picoCuries, or 2.7 x 1011 Curies. Each isotope has a characteristic number of Curies or becquerrel per unit mass. For Cobalt-60, this is 44 TBq/g (about 1100 Ci/g). When we manage radioactive substances, we talk about number of Curies or becquerels present. If there is twice as much mass of a given isotope, there are twice as many Curies.

You won't get involved in classifying your rad waste unless you are transporting it to the landfill. Waste management companies will classify the LLRW, but they will want to know as much about the source and nature of the waste as you can tell them, including isotopes used in whatever process yielded the waste.

Like other waste, radioactive waste should be collected from around the facility on a regular schedule. The waste management company Daniels Health recommends "foot-operated disposal/collection bins lined with disposable polythene." Healthcare facilities send their radioactive medical waste off site for treatment and disposal. Storage on site is a concern for the waste manager and can pose risks and cause regulatory headaches. Try to keep the radioactive waste away from other waste (to avoid cross-contamination) and away from areas where people and animals frequent. Consider ventilation and ease of access when considering where to put waste.

If a person has been receiving a treatment (e.g. brachytherapy) that involves radiation inside the body and that person dies, there could be sites of high activity in the corpse. The doctor should surgically remove this section of the body, which will be classified as both radioactive waste and biomedical waste. This should be done before the body goes to the funeral home, which is typically unequipped to identify or handle radioactive waste.

The radiation symbol was adopted by the United Nations in 2007, but the older symbol is still widely recognized and expected to remain in common use for many years.

Cooling down rad waste at your facility

In contrast to hazardous waste and bio waste, which you normally want to get quickly out of your facility and to a treatment/disposal outfit, medical facilities that produce radioactive waste may wish to keep it on site until the radiation level declines. This is a common practice for radioisotopes with half-lives under 90 days; radioactive materials used in treatment and diagnosis are usually in the class of short-lived materials. One method is to store the waste for a minimum of 10 half-lives. That reduces the quantity of the isotope to less than 0.1 percent of its starting quantity.

Doing it this way requires batch-wise storage. Once a quantity of radioactive waste is designated as a waste for disposal, no new waste is added to it. Any newly generated waste goes into a new batch. That allows the clock to run on the original batch. If you add new waste, you need to start the clock again.

If the radioactive waste includes an infectious material, disinfect it before starting the count-down.

The other philosophy, which is less responsible, is called "dilute and disperse". It results in release of radioactive material into the environment distributed over a large geographic area so that the final concentration of radionuclides is low. If you employ this method, be ready to answer questions to regulators and to the public. We strongly discourage anyone from intentionally releasing radioactive waste, even in small amounts.

All four types (Classes A, B, C, and GTCC) are disposed of by burial; GTCC cannot be put in most landfills where the waste is close to the surface, but must be buried deeper. In the US, the federal government is responsible for getting rid of GTCC, but the states have responsibility for disposal of Classes A, B, and C waste. Federal legislation has encouraged the states to join up to compacts to help each other take care of waste. Ten compacts have been formed. The business database A2Z lists these radioactive waste disposal companies in the US.

There are only four LLRW landfills in the United States. You probably want to work through a waste disposal company who has contacts to get the waste there. It might not be cheap but it is likely your only viable long-term solution.

Every radioactive isotope has a characteristic half-life - the time it takes for half of the atoms to decay to a different isotope. In some cases the isotope it decays to is stable (not radioactive) but sometimes the result is another radionuclide with its own half-life.

Half-lives range from fractions of seconds to thousands of years.

There are three kinds of radiation (this is a little oversimplified) - alpha, beta, and gamma. All can be dangerous to humans and animals. Alpha and beta particles are relatively easy to stop - separating the radioactive material from people with a piece of cardboard is enough. Gamma radiation is stronger and can pass through concrete. Radiation specialists have methods for determining the hazards posed by materials and for designing shielding mechanisms.

Exposure to radiation can cause headache and nausea for light exposure to more serious symptoms (anemia, skin rashes, tissue damage) for heavy exposure. Even the radioactive material used in diagnostic instruments (e.g. Gallium 67) can pose a hazard if it gets out. Long-term radiation exposure (if the material becomes embedded in the body) can cause cancer and birth defects in offspring.

Knowing the composition of a material can enable specialists to predict how radiation levels will change over time. Unlike conventional hazardous waste the dangers posed by radioactive waste decline over time.

There is also VLLW - very low level waste - a designation given to mine operations waste and similar but rarely to materials made by or significantly modified by humans.