Disposal refers to the long-term placement of waste or treated waste. It is almost always off-site - away from where the waste is generated - and usually involves burial underground. Putting waste in storage containers at the site of generation is not a form of disposal. It is not a permanent solution. We classify disposal as the permanent resting place for the waste.

Waste does not have to be sterilized or disinfected before it goes to disposal. Landfills are not sterile. Landfills are "sanitary" but that is not the same as sterile.

Sanitary landfills are a staple of the waste disposal system in the United States and many countries. The idea is that the waste will stay in the landfill until it has degraded and hence not harm the environment. The engineering of these landfills is well established now. Either a natural depression in the earth is used or a large hole is dug for the landfill site. The shape of the deposit discourages waste and leachate from migrating away from the landfill. A plastic liner or liners is placed on the ground before any waste is deposited; it provides "hydrogeological isolation," preventing uncontrolled migration of liquid leachate to the groundwater.

During operation of the landfill (which can go on for many years) waste is deposited in layers of a few feet in thickness, and soil from the local area is put on top of the waste layer. Then another layer of waste goes on top of the soil and another layer of soil on top of that. Different landfill designs employ different numbers of layers.Most sanitary landfills also have on-site staff, vertical vents to prevent build-up of off-gas, and monitoring of air emissions. We have another page on landfills for disposal of medical waste. The EPA reported that as of 2017 there were 1269 landfills receiving MSW in the US.

Do I have to pay to put my waste in a landfill?

Yes. Even if you can get the waste to the landfill, there is a "tipping fee". This costs varies considerably from geographic area to geographic area; the EPA reports an average in the US of $55.36 per ton in 2019. Most businesses pay a waste disposal company to transport the waste, too. The deals can vary, but they are almost always are a package deal where the disposal company pays the landfill; the business gets one bill and doesn't interact with the landfill operator. 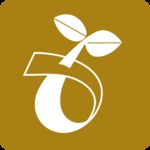 In 2017, 29 percent of municipal solid waste in the US was composted. Municipalities across the country have embraced recycling programs and some even have city-run composting services, which pick up compostable material from residences. The only category of medical waste that can be composted is municipal solid waste.

Regulated medical waste (e.g. infectious or biohazardous waste) is not recycled or composted and there is no movement to start doing so. This type of waste is a small fraction of society’s overall waste stream and the protocols needed to ensure safety have not been developed and probably will not be developed. There is little economic reason to recycle or compost biohazardous waste. However, the carcasses of dead animals are often disposed of by alkaline hydrolysis, and the result of that process can be used as fertilizer,

Also, large facilities like hospitals can and do institute compost collection programs for non-hazardous, non-regulated waste, such as waste from kitchens.

Resource for information about composting

The government of Portland has advice for starting composting at your business.

Procedures for disposing of dead animals.