Ships produce waste from maritime operations - releases of fuel, etc. Boiler and steam generator blow-down is often generated on ships, as well as effluent from oil/water separators. Some ships carry or produce waste that is classified as hazardous. They also produce human waste when people are on board, which can included medical waste. Some can be classified as municipal solid waste (MSW), such as that produced by homes and offices on land. When the ship gets to a dock, this MSW is transferred to a waste management company. The same goes for grease trap waste from the galley.

The International Convention for the Prevention of Pollution from Ships is a multinational treaty often called MARPOL. Over 99 percent of the world’s ships are flagged with countries that are signatories. Most of the regulations cover oil and petroleum and waste cargo or other bulk waste and air pollution. Waste food in land facilities would go to a MSW transport system and be hauled away once a week, but aboard ship that waste must be kept around, leading to spoilage and noxious fumes. 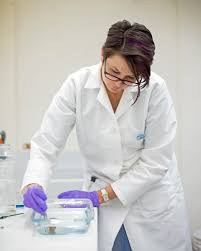 Liquid waste from the bathroom is sometimes broken into greywater and sewage. Some harbors provide service barges that accept sewage for a fee. If no such barge is available, the ship is still responsible for sewage disposal. Don’t dump it into the water or you will get in trouble.

Medical waste produced on ship - in the infirmary perhaps - should be stored and then transferred to a waste management company when the ship docks. The same medical waste issues land operations encounter - sharos, waste pharmaceuticals, special bodilt waste, arise.

While it is on-board infectious and biomedical waste should be segregated from other waste. Some large ships have sterilization units but they are relatively rare outside of military ships.

Under MARPOL regulations, ships are allowed to incinerate paper- and cloth-based health-care waste, but not plastic and wet materials.

Blue ice is the name given to bathroom waste that has leaked from airplanes. Passenger planes have toilets and liquid disinfectant systems. In normal operation the waste produced in these toilets is stored in a tank on the plane for later removal when the plane is being serviced. Sometimes there is a leak and this waste comes out of the airplane while it is flying. At high altitude the cold air causes the waste to freeze. The frozen or slushy waste is called “blue ice” because of the color of the disinfectant. Incidents of this waste hitting buildings on the ground have been reported, but they are rare, on average fewer than two such incidents per year.