Alkaline hydrolysis finds many uses in treatment of medical waste. Waste engineers like it because it handles so many kinds of waste and is robust. It operates at elevated temperatures but not nearly as high as an incinerator does, and air emissions are negligible.

The principle is that high pH (>10) aqueous solution or slurry breaks down complex biological molecules. The caustic liquid and high temperature kill living organisms, including pathogens. Bacteria are destroyed as are viruses, ricksetta, fungi, and (perhaps) prions.

Alkaline hydrolysis is related to the ancient technology of "rendering" animal carcasses. This was how people obtained animal fat for soap-making in centuries past. Alkaline hydrolysis is more severe and breaks down much of the fat. You can put in whole animals, fur, claws, and all, and the process breaks them down so no cells are intact. Unlike in incineration, carbon atoms are not oxidized to carbon dioxide necessarily. Some may stay as part of molecules like carboxylic acids. It depends how much air you put in the tank. The nitrogen in the animal protein is still fixed after treatment. Indeed, the neutralized effluent of an alkaline hydrolysis process can be used as land fertilizer.

Conventional stainless-steel pressure tanks can be used. The tanks must be able to hold in the pressure of water vapor/steam at the operating temperature. So the tanks must be sturdy and fitted with pressure relief valves, but these operating parameters are within the range of normal industrial processes. Manufacturers have proposed operating temperatures from 120 °C to 300 °C. At the high end of that temperature range, pressure in the tank is 85 atmospheres. This is a batch process and the contents stay put for 3 to 8 hours. An agitator is usually included to stir up the contents.

After the heating period, the vessel is allowed to cool and depressurize. The pH inside the tank is very high, so an acid solution is added to neutralize it. Manufacturers make a wide range of vessels for this purpose, generally out of stainless steel.

One question people have about alkaline hydrolysis is whether it degrades certain toxic compounds like chemotherapy agents. It is not intuitively obvious to this engineer and author that it does. You’d have to try it out. However, studies have shown that alkaline hydrolysis destroys prions. Given how difficult prions are to kill with liquid disinfectants at room temperature and pressure, this is welcome news. However, I’d want to validate that it works before being confident the process is effective against prions.

What do you do with the neutralized waste? If you are confident it has been decontaminated to your standard, you can remove from the tank with a pump. Flushing with water may aid removal. The contents should pass through a filter to remove solids. A simple sand filter is adequate. The filtrate can go into the municipal waste treatment system (sewer) if the wastewater treatment authority has agreed to take it. It can also be used as agricultural fertilizer. 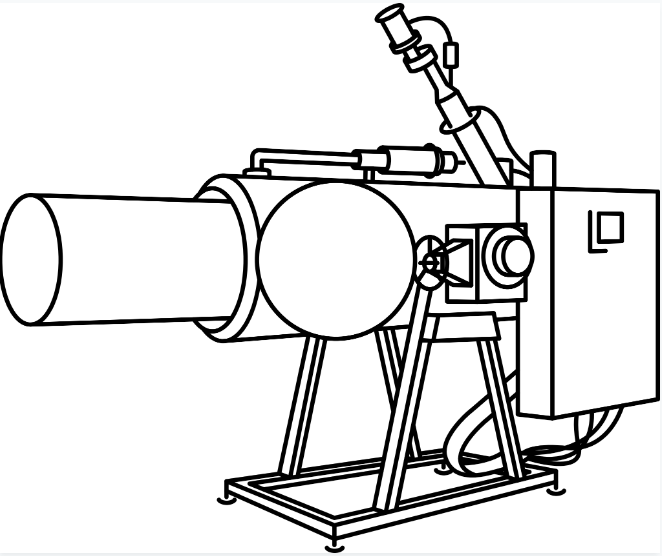 Also called alkaline digestion, alkaline hydrolysis is used to dispose of animal caracasses in agricultural operations. Animals euthanized at veterinary offices and in animal control centers are often processed this way. It is finding increasing use on human bodies where funeral homes market it as green cremation. And many labs that use animals send the carcasses of deceased animals to alkaline hydrolysis units. There might be some hesitation if the lab is a Biosafety Level 3 or Level 4 facility, in which case incineration may be preferred.

In many applications alkaline hydrolysis can substitute for incineration, which was for a long time the dominant form of medical waste treatment. Incineration has fallen out of favor because:

Hydrolysis units can also be small, for disposing of laboratory animals for instance. They can fit inside a lab.