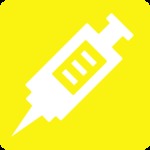 Sharps means needles, blades, glass instruments and containers such as syringes, and anything else that can penetrate or lacerate the skin. Sharps include connection needles, auto injectors connection sets, and Lancets, aka fingerstick devices in addition to syringes. Used medical sharps are often contaminated with bodily fluids or treatment chemicals. Aside from posing a risk to patients and healthcare workers from hazardous or infectious materials, they can pierce or lacerate the skin producing injury. and making infection more likely.

Never put sharps in general waste bins or garbage cans. Always use specially dedicated containers. Generally, you do not want to fill the sharps container past the three-quarters mark.

Experts estimate 16 billion injections are given worldwide every year. Some are through one-time devices and some are through reusable syringes. When needles are to be reused, they must first be sterilized. If a needle is to be thrown away, it should also be disinfected before ultimate disposal. This disinfection might not happen where the needle is used (e.g. needles used at home might be hauled off for sterilization elsewhere.)

Because sharps must be segregated from other waste, manufacturers make special containers just for sharps. Sharps containers are found in every medical office, and often in public places, for medical personnel and the general public

to safely dispose of hypodermic needles and similar equipment. If you run an office where sharps are used, you need sharps containers. You can get them from medical supply companies on-line and drug stores often carry them for household use. Manufacturers sell sharps containers that are disposable and containers which are intended to be reused after emptying. The reusable boxes are hard plastic or metal while the disposables are made of plasticized cardboard or plastic. Lids are made to fit tight and it is very difficult to get a solid object out of a container once it has gone in.

An emerging method of drug delivery is microneedles, which are said to have several advantages over conventional needles, including less medical waste (lower mass) and less hazardous medical waste (i.e. it is not as hazardous).

If you have a big facility, settle on one type of sharps container so employees will be less likely to be confused.

Do I need an official sharps container that is approved by the FDA?

If you’re a business (and this includes not-for-profit businesses), you definitely want approved containers, if only to protect yourself from liability claims. If you are a private individual who generates sharps at home, you have more latitude. Legally, you can get by without using an approved container. As a practical matter for your own safety and that of others in the house, you want to keep these dangerous objects isolated. You can use make-shift containers from hard plastic jugs or bottles, but considering the low cost and benefits of a purchased container, we recommend people use those.

What if there is residual drug in a syringe?

Put the syringe in a sharps container and have your waste management company take it away.

When the EPA started to regulate medical waste in the early 1990s, it had seven categories of regulated medical waste. These included contaminated sharps and unused sharps as separate categories. However, in actual practice today, these two types are not normally separated. All sharps are considered to have bloodborne pathogens on them and are handled as such. If a syringe has a needle attached, it should all be put in the sharps container. Don’t bother breaking it off.

Many people are at risk from sharps, which is why they should be immediately put in special containers as soon as they are designated as waste. Healthcare workers who directly handle sharps are at risk of getting stuck, as are waste handling workers. Additionally, patients themselves and those who live them are at risk. The CDC says that among the waste produced at health care facilities "sharps pose the greatest risk for injuries." Worldwide, unclean syringes and needles are estimated to infect over 20 million people with HIV, hepatitis B, and hepatitis C every year. It has been shown that the hepatitis virus can survive for a week in a drop of blood inside a syringe at ambient temperatures.

FDA: Safely Using Sharps (Needles and Syringes) at Home, at Work and on Travel