How do you know if the treated item is sterilized or disinfected? Hygienists, infection control officers, and waste managers employ administrative controls (keeping track of treatment history), physio-chemical analysis, and operating procedures established by experience. Periodic auditing of validation processes is a good practice. 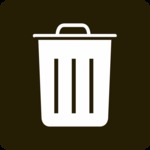 Heat treatment processes often use a "time and temperature" criteria. These rest on laboratory validation of the effectiveness of the treatment. In the preliminary validation process, samples of waste are subjected to a given temperature for a given time (and sometimes with a certain oxygen concentration in the atmosphere.) If analysis of the samples treated in the laboratory this way shows it is safe for disposal, regulators write this residence time and temperature into the operating permit, and the conditions become a target for the operators of the treatment.

This idea can be generalized and applied to chemical treatment. For instance, if it can be shown that a given chemical regimen (e.g. mixing with 10 percent caustic solution for 30 minutes) effectively treats a waste, that regimen could be used on subsequent batches of waste if the operators are sure that new waste is like the waste used in validation.

Waste management engineers employ the concept of a process challenge device (PCD). These devices are designed to be a stand-in for a larger sterilization system. The PCD is a small and disposable device that acts as a canary in a coal mine. It is overly sensitive. If the PCD shows microorganisms can survive, it means the larger unit may not be up to snuff. PCDs are placed in the sterilizers in the place that provides the greatest challenge to sterilant penetration. PCDs play an important role in the monitoring of sterilization processes.

Biological indicators can be used to ensure that products are sterile in their final containers. They also are employed to ensure the sterilization of materials and equipment that are used in aseptic processing. They can also be used as a means of evaluating autoclave sterilization cycles and the quality of processes employed to decontaminate aseptic clean-room environments or isolators.

Spore-forming bacteria are the microbes most often used as biological indicators, as these microorganisms are hardier and resist sterilization better than most microflora. One form of biological indicator involves addition of spores to a carrier; a package encompasses the carrier to maintain shape. Another form is a biological indicator that includes a spore suspension inoculated into or on a representative unit of the material that is meant to be sterilized.

Sterilizer monitoring spore strips are a widely used type of biological indicators. They contain Bacillus atrophaeus, Bacillus pumilus, and Geobacillus stearothermophilus and can be used to determine whether these highly-resistant microorganisms have survived the sterilization process and therefore whether the process is working as intended. A spore strip is placed in an autoclave together with the materials that are meant to be sterilized. At the end of the sterilization cycle the strip shows whether the microbes can reproduce. If the spores are unable to reproduce, a successful sterilization is achieved.

Monitoring spore strips are typically sold in packs. The price for a pack of 100 spore strips is usually between $200-$600. The size of a spore strip also varies, typically ranging between 4 and 8 inches.

Biological indicators are currently the most widely used way of assessing whether an autoclave worked as intended. Enzyme indicators have been proposed as a replacement for biological indicators. The selling proposition that their makers offer is that the user can much more rapidly determine if a disinfection or sterilization process has been effective.

The company Protrak has been hyping its enzyme indicator product which it promises will be revolutionary and save time for operators of areas or equipment that must be decontaminated. Their system uses a surrogate enzyme. If they can show the enzyme has been destroyed, they say it can be assumed that the unit has operated correctly and that bacteria should be destroyed.

It employs the thermostable form of the enzyme adenylate kinase. By adding a reactant, the Protrak system gets this enzyme to emit light. The amount of light emitted is proportional to the amount of enzyme present. If some of the adenylate kinase is in the unit doing the destruction, when it is removed and causes to luminese, not much light should be emitted. A sensitive light meter can quantify how much light comes out and hence how much enzyme is left intact. If the enzyme is destroyed, it constitutes proof the unit worked as intended.

It’s an intriguing idea, but it remains to be seen how widely it will be adopted. We were unable to find other enzyme indicators sold for this same purpose.

Once the treatment process is up and operating, you should test it to make sure it operates as intended before you start running it on a regular basis. Validating the process can give you peace of mind as well as being a great way to encourage any regulators to give you needed permits. The validation establishes that the process achieves some benchmark:

When spores are killed in a test pack that corresponds to the greatest challenge to the process, it can be inferred that the other items in the load were likely sterilized.