One way to categorize medical waste is to create five categories: (1) MSW, or waste that does not pose a risk, (2) Infectious or biomedical waste, (3) Hazardous waste, (4) Radioactive waste, and (5) Special waste. This special waste encompasses sharps, pathological waste, pharmaceutical waste (including genotoxic and cytotoxic waste), and bodily fluids including blood. Of course, any batch of waste may fall into more than one category.

Materials flow - Inventory Systems as an Aid to Waste Management

Simple waste management measures, such as effective confinement of waste and safe handling, will significantly reduce health risks if they are consistently applied at each step along the waste process stream from the point of generation (cradle) to the point of final disposal (grave).

If you keep track of what comes into your facility, and keep track of where it goes inside the facility, you can have a more robust assessment of your waste. This is an internal management project and effort and not directly to waste identification but it helps.

To protect worker safety and be compliant with OSHA regulations every facility should keep a list of NIOSH hazardous drugs that it has on site. This list should be kept up-to- date and available through an internal IT system to the employees. When a new drug is added to the list (e.g. the pharmacy or radiology department or whatever) the waste manager should consider whether it will produce or end up as RCRA waste.

No, not really. Not the same way they regulate storage and treatment of hazardous waste under the Resource Conservation and Recovery Act. The Environmental Protection Agency provides some guidance but they do not have statutory authority to regulate medical waste. At one time they did. The Medical Waste Tracking Act (MWTA) of 1988 gave the EPA power to oversee medical waste, but it expired in 1991. Even when the act was in force, the EPA ran their program in only part of the country. Now the power rests in the individual states. As a result of their efforts the EPA produced model guidelines for state management programs.

OSHA is a federal agency that touches on some medical waste if it threatens the health and safety of workers. The Department of Transportation has some regulations regarding shipping medical waste, and even the Drug Enforcement Agency sometimes gets involved if pharmaceuticals are involved. The industry organization The Joint Commission accredits hospitals.

At the state level, who regulates this waste? It differs from state to state, but it is likely that the state’s environmental agency and health departments may get involved. See our list of agencies by state. 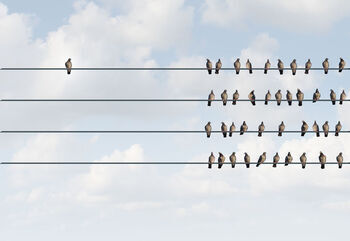 The processes for disposing of medical waste came under scrutiny in the 1980s after a few highly publicized incidents (e.g. medical waste washing up on beaches on the east coast of the United States). These incidents prompted the U.S. Congress to pass The Medical Waste Tracking Act of 1988 and to publish Finding the Rx for Managing Medical Waste. Although the EPA provides baseline regulations, most requirements for the treatment and disposal for medical waste are dictated by the individual states.

No. Most waste produced at healthcare facilities is not hazardous, and might be called “general non-hazardous waste” similar to that produced at non-medical office buildings or retail stores. It can be considered municipal solid waste for disposal purposes.

Some waste is considered healthcare risk waste - this is hazardous in the everyday use of the word hazardous - it can hurt people and animals and degrade the environment.

We have to be careful about what we call “hazardous waste”. The waste management community in the US reserves the phrase “hazardous waste” for material defined as hazardous under RCRA. This encompasses listed wastes (waste that contains constituents specifically enumerated by the federal government), and characteristic wastes (materials that by their nature make them hazardous in at least one of four enumerated ways).

Does a bear defecate in the woods? Yes, and that fecal matter contains a lot of bacteria. But as long as the bacteria is dispersed, nature takes care of it. The feces disintegrate and rain works them into the soil. Bacteria in the soil kill the pathogens and break down the organic matter. Animal and human bodies are likewise decomposed by bacteria.

Medical waste as we now define it is a product of civilization.

The UK government has some categories not used in the US.

Cytotoxic / Cytostatic Waste – Drugs and other types of medicine that are cytotoxic and/or cytostatic, or items that come into contact with any toxic or carcinogenic medicine.

Medicine and pills that are not classified as cytotoxic and/or cytostatic. In the US this would be called waste pharmaceuticals.

Offensive Waste – Human waste generated in the bathroom, including sanitary and diaper waste.