The biggest source of potential infection in healthcare facilities are people - both patients and healthcare workers. Human skin contains surface microorganisms on the order of 100 to 10000 per square centimeter. Despite efforts at disinfection and sanitation, there is no such thing as a sterile operating room if there are people in the room. Most of those microogranisms are vegetative bacteria and benign.

Viruses, bacteria and fungal parasites can all cause nosocomial infections. The most common bacterial species that have been isolated from frequently occurring NIs include Staphylococci (especially methicillin-resistant S. aureus, MRSA), Pseudomonas species, Acinetobacter species and members of Enterobacteriaceae family (including Escherichia coli and Klebsiella pneumonia). Most of these gram-positive and negative bacteria are antibiotic resistant and can quickly spread to immunocompromised patients, especially ones that are critically ill. This is why intensive care units (ICUs) see a lot of NIs (Asensio et al., 2000). It has been estimated that around 70% of all nosocomial infections are caused by any of the above-mentioned bacterial species (Chambers, 2005). Nosocomial infections may cause respiratory, eye, gastrointestinal diseases, and more.

Many nosocomial infections are caused by endogenous bacterial populations - i.e. bacteria already in the patient’s body that is moved to another part of the body it shouldn’t be in. Critically ill patients are more prone to colonization with resistant pathogenic strains from the healthcare environment.

Disease is often transferred through contaminated hospital equipment and apparatus. For instance, nosocomial pneumonia is acquired when patients use ventilators which have not been disinfected; bloodstream infections are associated with intravascular devices, and UTIs have been found to be associated with the use of infected catheters (Richards et al., 2000).

The most important determinants of infection are the nature and number of the infectious agents.

UTIs account for around 40% of nosocomial infections, while nosocomial pneumonia accounts for 25% of NIs (Lockhart et al., 2007). Surgical site infections account for 17% of all healthcare-associated infections (Napolitano, 2010). Apart from the role of contaminated medical equipment in the spread of these infections, health-care workers can deliver infections to patients inadvertently. These include physicians, nurses, respiratory therapists, radiology technicians, electrocardiogram technicians, housekeepers, paramedics, research assistants and security personnel who unknowingly serve as vectors in the transmission of infection from one patient to another. Many incidents of nosocomial transmission of respiratory ailments such as severe acute respiratory syndrome (SARS) and other infections have been reported to be transferred through these routes (Webb et al., 2004; Kwok et al., 2007).

Common pathogens at healthcare facilities include: 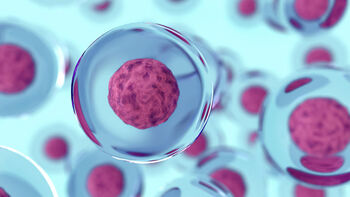 Nosocomial infections lead to prolonged hospital stays, extensive use of medicine, possible disability, and economic burdens. That’s why medical and safety professionals are concerned about instituting preventive measures to minimize the infection rate. Hygienists, nurses, and others concerned with public health have found that to prevent the spread of nosocomial illnesses, it is necessary to prevent the mechanical and physical transmission of infection inside the healthcare facility. Proper storage and disposal of hospital waste reduces the spread of nosocomial infections. One estimate is that around 25% of hospital waste can potentially cause life-threatening infections (Khan et al., 2017), mostly to people at the hospital.

If hospitals use standard operating protocols and universal precautions for infection control and limit the use of antibiotics, they can help reduce the development of microbial resistance and the spread of nosocomial infections (Khan et al., 2017). Moving very sick patients with contagious diseases away from other patients is a sensible precaution. Hospitals sometimes impose "isolation" in which patients are kept away from others to prevent transmission.

The SOPs for infection control include frequent hand washing by health care workers. Hand washing is considered the simplest and most important intervention in infection control. Use of masks, gloves, and gowns can also help prevent the spread of nosocomial infections (Saloojee, and Steenhoff 2001). Further, proper ventilation of rooms, cleaning, and decontamination of wards reduces the risks of nosocomial infections.